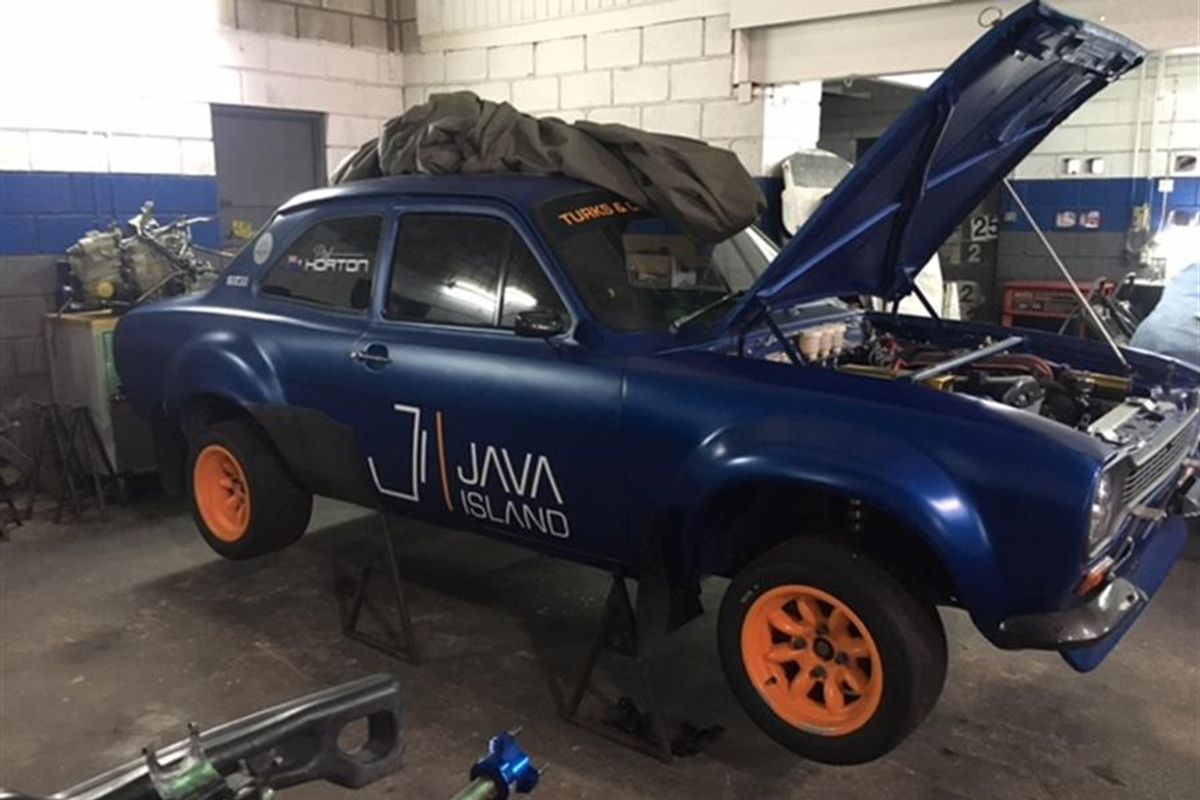 Albatec Racing Team Principal Andy Scott is set to make his Sol Rally Barbados (Sol RB17) debut at the wheel of a MkI Ford Escort later this month. The Dumfries team boss will pilot the car of Paul Horton, with experienced co-driver Rashid Phillips alongside him, in both the Flow King of the Hill on Sunday May 28, the seeding event, and Sol RB17 itself to be held on June 2-4.

With both the organising Barbados Rally Club (BRC) and Andy celebrating their 60th year this year, the opportunity to contest the event amid a 44-strong overseas entry, and get his 2017 competition season underway couldn’t have been timed better. For Andy, Sol RB17 marks a return to the driving seat of a rally car, having contested the Galloway Hills Rally in 2000 at the wheel of a Honda Civic where he finished 1st in class.

His outing in Barbados, in the Rock Oil and Motis supported car will be his first competitive appearance of the season as he juggles his role as Team Principal of FIA European Rallycross Championship pair Tommy Rustad and Jere Kalliokoski, and Rallycross France driver Philippe Maloigne.

The striking MkI Escort of Horton has been in Barbados since 2012, but prior to that was a class winner in the 2009 Targa Newfoundland Rally in North America. With Horton at the wheel it has three times claimed an overall finish in Rally Barbados, with its best overall finish, 14th in 2014.

“I’m very excited about returning to the driving seat to compete on Rally Barbados. It’s been on my bucket list for a few years. Having listened to the stories from Kevin Procter for many years and during a holiday in Barbados in February I got chatting to Mark Hamilton and decided that as this year I celebrated my 60th birthday, now was a good time to do it.

“Previously it’s clashed with a rallycross event, but as Albatec is not competing at Lydden this year, I thought it was an ideal opportunity to return to competition in a country I really like and where I very much like the culture. I’ve done a couple of rallies before, but I’ll be relying heavily on my co-driver Rashid Phillips. He has a tough job ahead of him!

“The biggest challenge is likely to be getting to grips with rear wheel drive (again). While I want to be competitive, this first time in the event is very much a learning exercise, a chance to have some fun, and to share it with some friends and family. My aim is to enjoy it, get to the finish and bring the car home in one piece.”