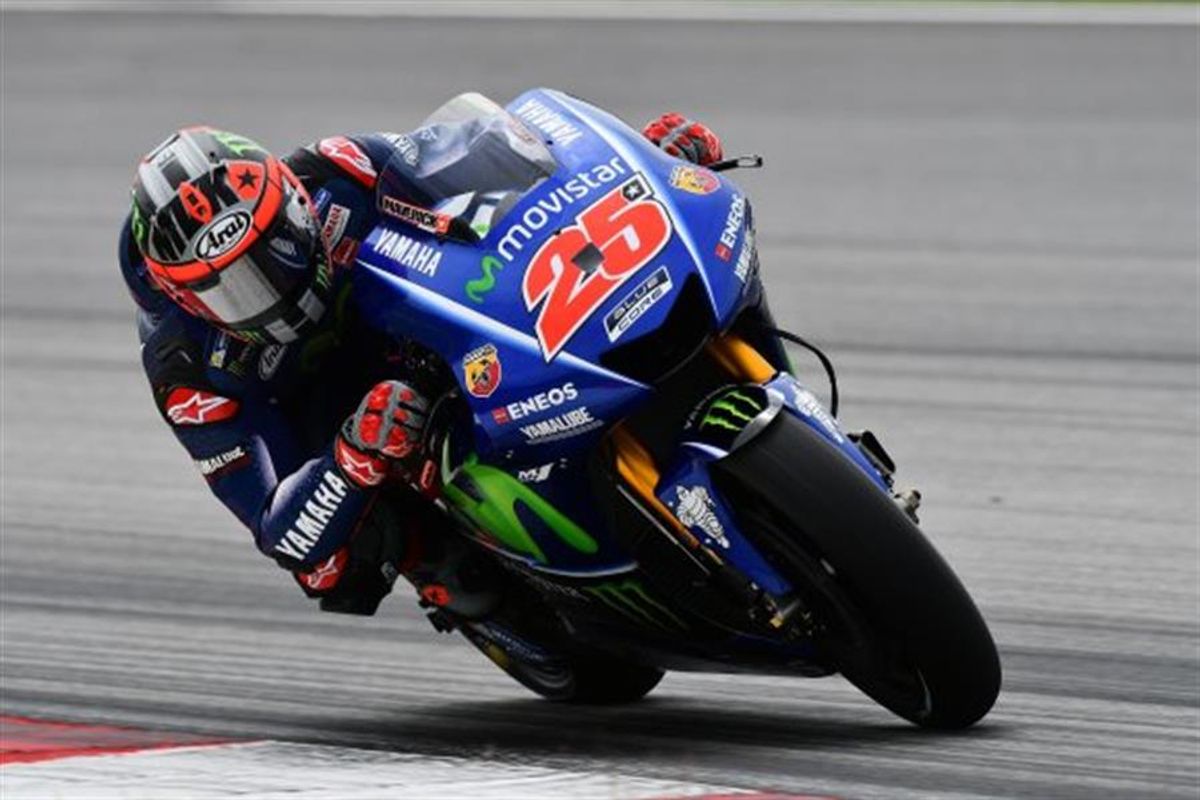 Viñales vs Rossi in the FrenchGP

The first Movistar Yamaha duel of the season saw Maverick Viñales the man to take the stunning 500th win for Yamaha after a clash of the titans at Le Mans– with the tremors from the French GP felt throughout the Championship standings as the dust settles. With both Yamahas dueling on the last lap, the number 46 dramatically slid out of contention from behind his teammate to lose the Championship lead – and join Repsol Honda Team’s Marc Marquez on the list of those leaving Le Mans empty handed.

The headlines came thick and fast, with Johann Zarco (Monster Yamaha Tech 3) taking the lead off Viñales off the line and the two factory Yamaha machines slotting in behind. The Frenchman held firm at the front in style until Viñales made his move and once past, the rider from Roses pushed to make a gap and leave the Frenchman to duel it out with his teammate. Zarco? The rookie held on with some stunning pace in his home race.

As the gap finally began to grow, Rossi pulled the pin from third to overtake the Frenchman and go on the charge. The ‘Doctor’ reeled his teammate in at the front, passed him, and then looked to escape – but the two blue machines were set for a spectacular last lap duel.

It was the ‘Doctor’ ahead as that last lap dawned, before an uncharacteristic mistake let Viñales back through and the number 46 pushed hard to close back in. Close in he did, before the final stroke of drama for the day suddenly found the nine-time World Champion sliding out, watching his teammate disappear into the distance.

The Championship leader was points leader no more, with Viñales crossing the line for 25 points to overtake Rossi and gain big ground over Marquez.

Home hero Zarco kept it calm under the huge pressures of the incredible home crowd to then cross the line in second behind the factory Yamaha drama – with Dani Pedrosa (Repsol Honda Team) completing the podium after an awesome slice through the field.

Pedrosa began the race in P13, was seventh after the first few laps and then pushed his way past Andrea Dovizioso (Ducati Team) and Cal Crutchlow (LCR Honda) to set off after the frontrunners – closing in on Marquez before watching his teammate slide out. The number 93 pushed too hard and Pedrosa, after a magnificent win in Jerez and the drama in Le Mans, is now the man second in the title standings – only 17 off Viñales’ lead.

‘DesmoDovi’ fought off Crutchlow to take fourth from the Brit and then gain a gap, with the rider from Coventry completing the top five. Jorge Lorenzo (Ducati Team) took a top six finish to gain an impressive ten places from his difficult grid position, with Jonas Folger (Monster Yamaha Tech 3) in seventh.

Jack Miller (EG 0,0 Marc VDS) again hit his 2017 target despite a huge crash on Saturday to cross the line in the top ten in eighth, ahead of a fantastic home showing for Frenchman Loris Baz (Reale Avintia Racing) in ninth.

Andrea Iannone (Team Suzuki Ecstar) completed the top ten after a more difficult race but took good points, with Tito Rabat (EG 0,0 Marc VDS) in P11 ahead of both Red Bull KTM Factory Racing machines in the points once again. Pol Espargaro bested the second ‘Bull’ of Bradley Smith by only half a second over the line, with the double points finish the perfect finish to a French GP that also saw the Austrian factory move through to Q2 for the first time with both riders.