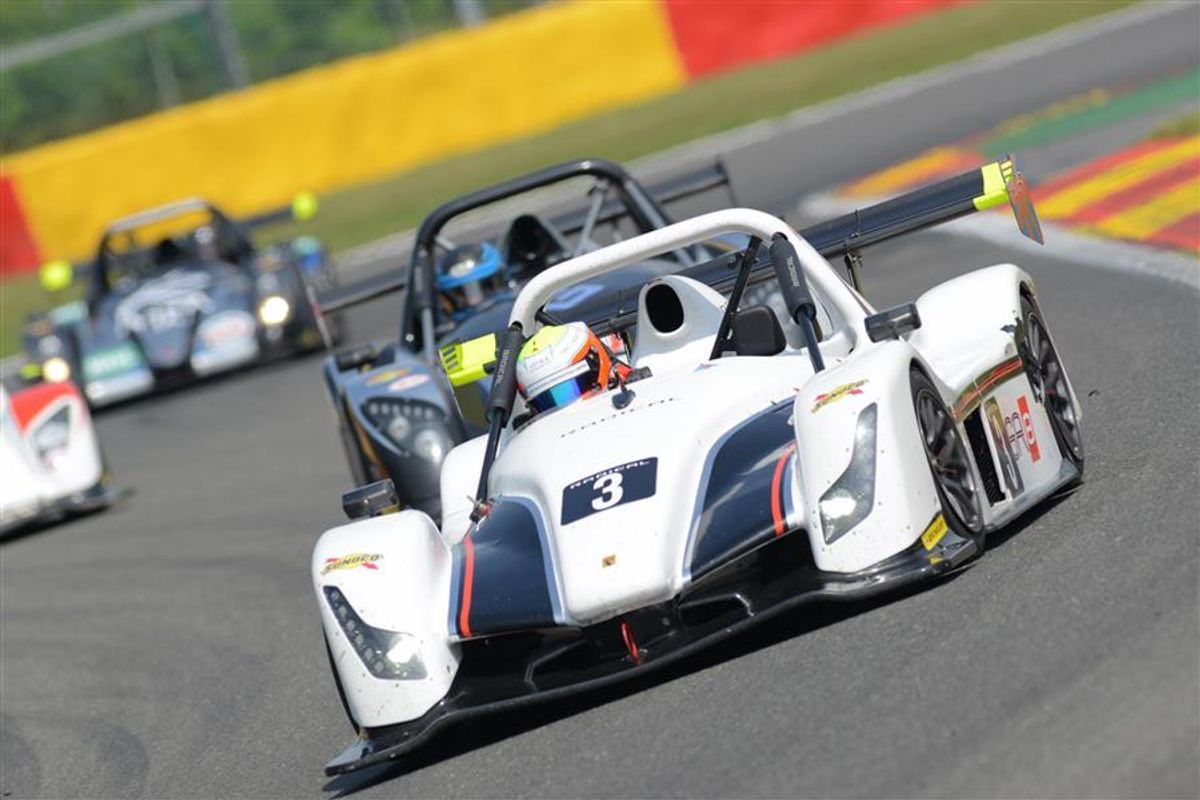 The Radical Works team duo had to work for hard for their plaudits after Harrison got swamped at the restart as the race proper got underway after eight minutes under the safety car. A torrential downpour less than an hour earlier made for interesting conditions as the teams pondered between wet and dry set-ups.

Four-wide at the restart, Jack Lang swooped into the lead and, as the first green flag lap played out, Lang led from Dominik Jackson, Lukashevich, a battling Burgess and Barker lying fourth and fifth respectively, with a recovering Harrison, sixth.

As Lukashevich continued his storming form to take Lang for the lead on lap five, Harrison worked his way up to second before manoeuvring his 2017 SR8 past the AUH Motorsport SR3 and into first place on lap eight. With fellow invitational class runner Philippe Paillot up to second approaching the pitstop window, another fight for the top stop unfolded through traffic, but Harrison held strong before a late pit to handover to Noble Jnr.

Pitstops complete and as the equalisation penalties played out, Barker took the outright race and Challenge class lead from second-placed Burgess. Jacques Villars held third, leading the invitational class having got the jump on Noble Jnr, now fourth.

With the Works SR8 past Villars at Fagnes with 20 minutes to go, Noble Jnr set his sights on catching Barker’s leading Nielsen Racing SR3 six seconds ahead. The Radical Works driver completed his charge to the front of the field with 10 minutes remaining, leaving the 2.7-litre V8 to romp clear to the chequered flag.

Barker continued a sterling drive to keep Burgess at bay in third to seal second overall and Challenge class honours. Villars retained fourth and second in the Radical European Masters invitational class battle while Lang’s consistent front-running form was rewarded with fifth overall and third in the Challenge category. Andrew Ferguson rounded out the top six with a third in class, to follow up Saturday’s MI category win.