Double victory for Punchana with Suzuki GSX-R150 at Suzuka 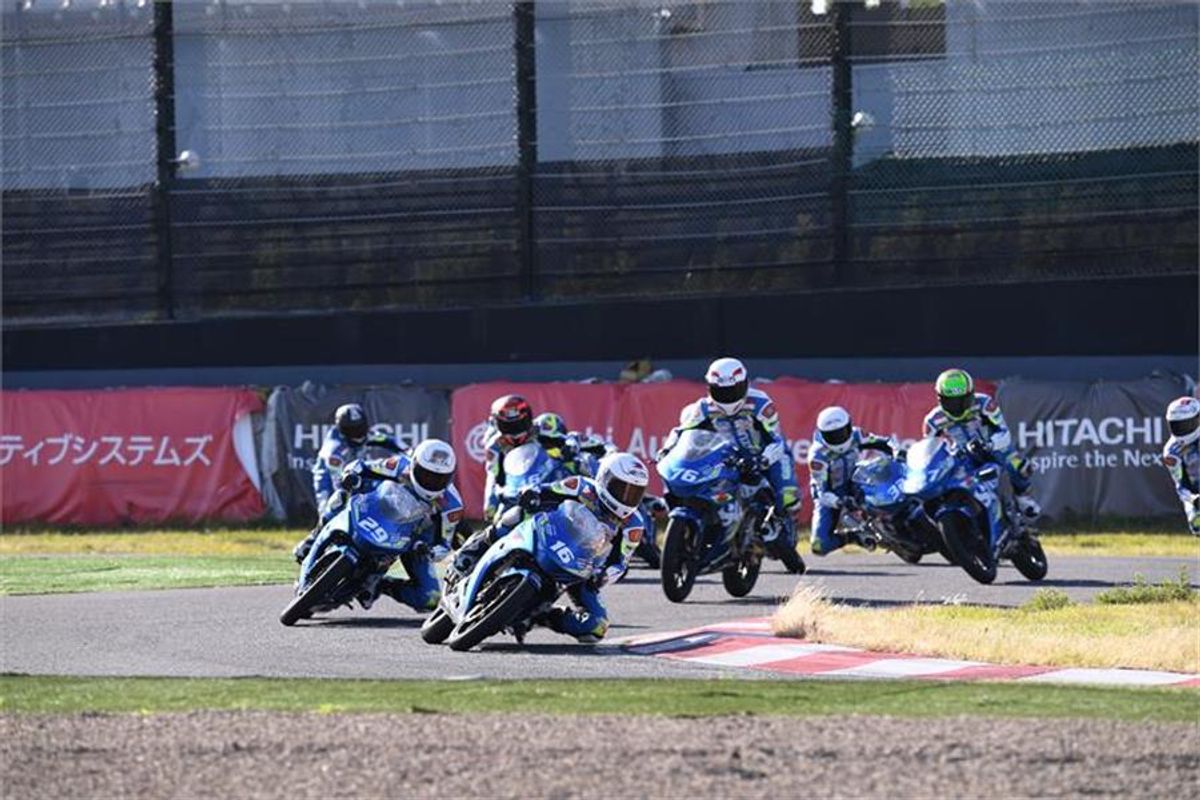 Pole-setter Punchana Kulrojchalalai scored a double victory in the SUZUKI ASIAN CHALLENGE third round at Suzuka International Circuit; the Thai rider’s first victories of the season.

Blue skies once again blessed the riders on the final day at the 5.821km Suzuka Circuit. This was the first time this season where both SAC races were held on Sunday in Suzuki’s rider-development, single-platform series, using the brand-new Suzuki GSX-R150.

After all the young riders made their final adjustments to their GSX-R150s in the warm-up session, pole sitter #78 Kulrojchalalai led the start of the opening six-lap race, followed by #76 Chepy Armansyah Suryadi (Indonesia).

Everyone expected the whole field to be battling for the win until the final lap, but instead, Kulrojchalalai - and guest rider, #83 Takeru Murase (Japan) - pulled-away for a one-on-one battle. With several lead changes, the exciting race went on until the chequered flag, with Kulrojchalalai winning his first race of the season.

The second race saw a similar start, where Kulrojchalalai took the lead with, but this time the fight for victory continued until the final lap. Although there were a few fallers during the race, 10 riders ran in the top-group, with the lead changing several times in each lap. But it was Kulrojchalalai who would take the win, and with this a perfect weekend, dominating every session of the weekend at the infamous Japanese circuit.

The penultimate round of SAC takes place in Indonesia, at Sentul International Circuit, on August 11-13th.

"The SAC riders have been racing together for two rounds now, and we are all improving each session. I feel that it is difficult to pull away from the pack, so I concentrated on checking the other riders throughout the weekend, and tried to figure-out where I had the advantage. My strategy in Race 1 was to take the lead from the beginning and pull away, and was successful in doing that, but was not able to do that in Race 2. I am sure everyone will be racing harder to win the remaining rounds. I plan to review how I am riding and try to win again in the remainder of the season."

"I would like to thank all of you who have supported us to make this third visit to Suzuka possible. Suzuka is a technical track, but the SAC riders have done a great job. Punchana won both races, and Saugi (#11 Ahmad Saugi Muchtar, Indonesia) constantly took the podium. By racing in the Supersports 600, I think I was able to show the riders how to race in a larger bike category in the future, and was also able to motivate them. I hope they will turn this experience into good use for the remainder of the season."

"Unfortunately, there were many crashes and contacts today. There were two races, so I warned them not to crash, but it was unfortunate that there so many. Race 1 and 2 showed different characteristics: Two riders pulled away from the pack in Race 1 and showed us a clean and a fair battle. Race 2 went in a slower pace, and was difficult to determine who would win it until the finish line. Punchana won both races. He had speed since the beginning of the season, and turned that speed into wins this week. He showed us a good race today."