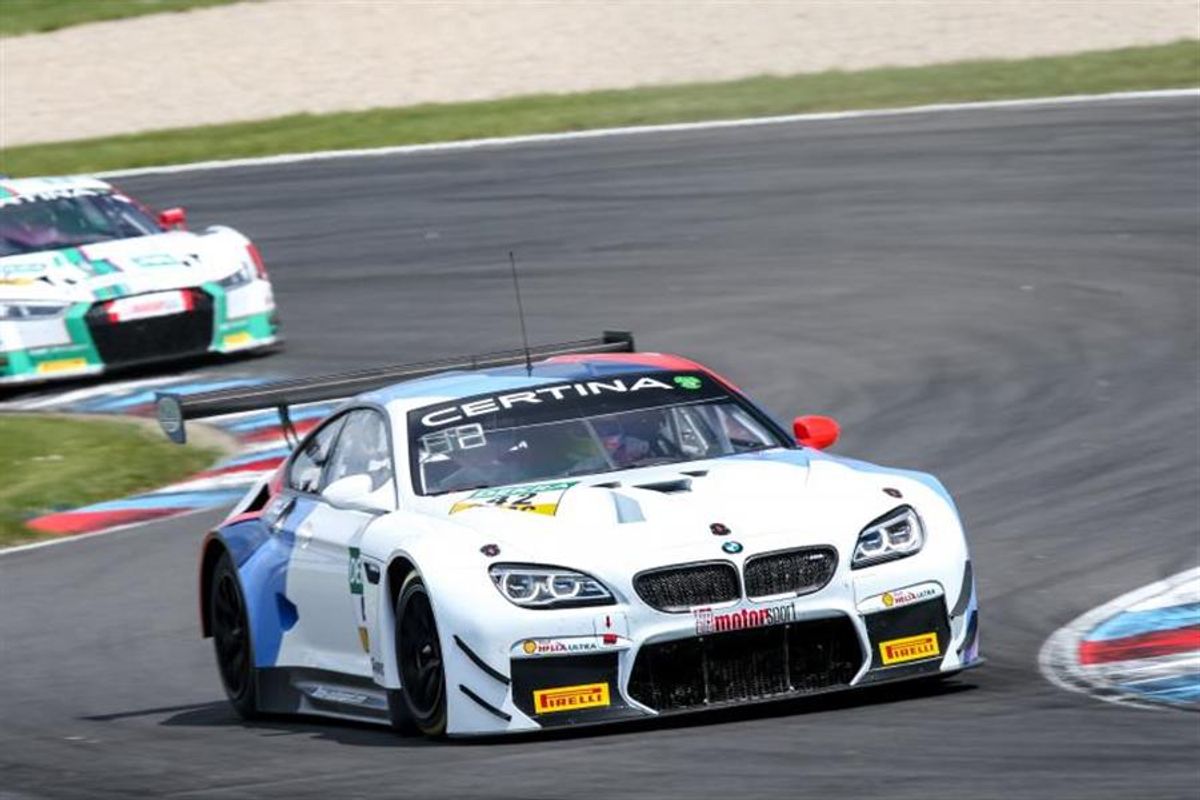 All eyes will be on five drivers in particular at the weekend during the third ADAC GT Masters meeting of the season. No less than five Austrians - Lucas Auer (22, BWT Mücke Motorsport), Klaus Bachler (25, Schütz Motorsport), Philipp Eng (27, BMW Team Schnitzer ), Christopher Höher (20, Audi Sport racing academy) and Norbert Siedler (34, HB Racing) - will be competing in their home race at the Red Bull Ring. Two outfits from the Alpine Republic, HB Racing and GRT Grasser Racing, will also be in the line-up.

Auer is heading to Spielberg as the current leader in the DTM standings. He will be making his Super Sports Car League debut at the Red Bull Ring, driving the Mercedes-AMG GT3. Auer: "I'm really looking forward to the weekend. I've been following the series a lot more recently and have huge respect for the field of entrants which is top-class.

The meeting is one of the highlights of the season for Porsche driver Bachler: "I hope to have two thrilling races. The Red Bull Ring is beautifully situated. It's great to be racing practically in my backyard. I even get to sleep at home, as I live just 20 kilometres from the race track."

BMW works driver Philipp Eng is so far the only Austrian to have won a race in the ADAC GT Masters during 2017. He won on Sunday at the season opener in Oschersleben along with team-mate Ricky Collard (20, GB). "This weekend will be both a home race for me and also in some respects for BMW Team Schnitzer, who are based in Freilassing directly on the German-Austrian border. The track should really suit the BMW M6 GT3. A win at home would be like a dream come true. Many friends and family members will be at the track. I hope it's going to be a great weekend!"

Aged just 20, Christopher Höher is the youngest of the five Austrians. The Audi Sport racing academy driver is contesting his first season in the Super Spots Car League. "We're learning more with every race," said Höher, who drives an Audi R8. "I hope that we can turn in a good performance at Spielberg and put on a good show for the fans and make their weekend."

A second team from Austria, GRT Grasser Racing, are in the line-up. The team from Knittelfeld which is right next to the Red Bull Ring won at home as guest entrants with their Lamborghini in 2015. Mirko Bortolotti was one of the drivers at the time. The Italian, who lives in Vienna, is also in this year's line-up in the Lamborghini Huracán prepared by the local favourites. He is placed second in the standings in the run-up to the weekend at Spielberg after taking a win in Sunday's race at the Lausitzring. "I have very fond memories of the track. Not only did I secure my maiden victory in the ADAC GT Masters at the Red Bull Ring, I've also won other races there," said Bortolotti. "Since I've chosen to live in Vienna, the races are always a home meeting for me. Our package should work well there. Also, both the team and I have had plenty of experience on the track. However, due to the highly competitive nature of the ADAC GT Masters, everything about the car has to be right to ensure that you can compete up front. Should the weather be hot during the weekend, then tyre wear will play a big role. Whether we can attack in the race will depend on having the right setup."

Tickets for the seven race weekends are available online at: www.adac.de/motorsport.